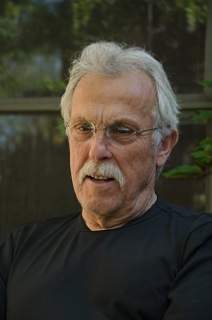 Tom Crawford, poet and teacher, died on May 29, 2018. The cause was lymphoma, complicated by pneumonia. He was the author of nine books of poetry, including Lauds, The Temple on Monday, The Names of Birds, and Caging the Robin. He was the recipient of the Pushcart Prize, Foreword Book of the Year, and the Oregon Book Award, among others, and Fellowships from the Oregon Arts Commission and National Endowment for the Arts. His work has been widely published in journals and anthologies. Tom was a birder, a contemplative, an activist, an enthusiast, and a loving father, whose writing, infused with Eastern thought and a sense of mysticism, explored the natural world and our complex connection to it. Born in Flint, Michigan, in 1939, he grew up in the Kern Valley, California. He joined the Navy at 17, was educated at Sacramento State University and taught at colleges and universities throughout the western U.S., in China, and for six years in South Korea. He spent many years living in the Pacific Northwest and was a resident of Santa Fe for 13 years with his partner, Mary A. Judge, who survives him; also his daughter, Jenny (Aston) Case and two grandsons.

The Family of Tom Crawford has entrusted the care of their beloved one to Avista Cremation & Burial.

To order memorial trees or send flowers to the family in memory of Thomas Crawford, please visit our flower store.