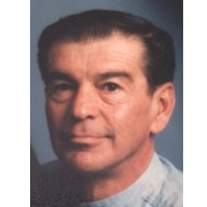 Ron G. Rael age 68 of Santa Fe was called home to our Lord February 7, 2017 after a lengthily illness.  He was born November 14, 1948 in Santa Fe, NM.
He was proceeded in death by his parents Mel and Marcella Rael; his son Lawrence and his brother Melvin Rael.
He is survived by his daughter Marcella Armijo, son-in-law Alfonso Armijo; grandchildren Bella and Joseph Armijo; ex wife Lorraine Rael; sisters Patti Martinez (Jesse), Melanie. Brothers Michael, Mark, Matthew and Martin.  step mother Alice Rael and numerous relatives and friends.
He served in the US Army First Calvary Division.  He LOVED the Oakland Raiders, being a grandfather to his "hitos" and was retired form PTLA in Los Alamos.  He was a beloved father and grandfather and was known for making the best biscochitos in the world.
A rosary will be recited on Wednesday February 15th at 7:00 p.m. at San Isidro church in Santa Fe.  Memorial mass will be held on Thursday February 16 at 10:30 a.m. also at San Isidro Church.  Burial to follow at National cemetery at 12:45 p.m.

To order memorial trees or send flowers to the family in memory of Ronald Rael, please visit our flower store.