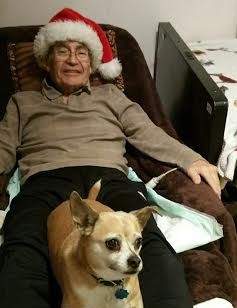 Ron is survived by his wife Connie Amidon-Grover, his daughter Sharon Scarlott and her husband Shawn, and three grandchildren Zackary, Isaac, and Savannah Scarlott. He was raised as an only child but he was blessed with many friends he considered family.

He was born in Albuquerque on February 22, 1945 to Mary Lobato. Later he moved to Santa Fe where he attended and graduated from Santa Fe High School. He even played the drums in a Rock n’ Roll band. He retired as the Chief Chemist at the Highway Department in Santa Fe. Ron Grover, 73 passed peacefully from this life on November 22, 2018. Visitation will be held on Monday, November 26, at Avista Cremation and Burial, 2500 Camino Entrada in Santa Fe from 10:00-11:00 followed by a Graveside Service at Mount Calvary Cemetery, 1900 Edith Blvd. NE, in Albuquerque at 12:00. His spirit was released from his body and is now exploring the Universe.

Ron loved learning; he continued taking classes and attended conferences where he met many of his wonderful friends.

Ron’s great loves were his family, friends, chemistry, books, music, technology, photography, living in New Mexico and his beloved Airedales, not necessarily in that order. He was a character, but there was nothing he liked more than making people smile.

If it was up to Ron he would have appeared at his visitation standing in the corner of the room with a beer in one hand and a bag of red chili chips in the other with an Airedale at his feet waiting for a chip to drop so that he would appear natural. Everyone who remembers him is asked to celebrate Ron’s life in their own way, raising a glass of their favorite drink would be quite appropriate. The family of Ron Grover would like to say thank you to Richard Martinez and Raymond Ortega who made sure Ron was as comfortable and happy as he could possibly be given his unfortunate circumstances. We feel fortunate for their compassionate, professional, loving, and attentive care of Ron during the time he was living in their private residential care.

Instead of flowers, Ron would hope that you would do an unexpected and unsolicited act of kindness for some poor unfortunate soul in his name.

To order memorial trees or send flowers to the family in memory of Ronald Grover, please visit our flower store.