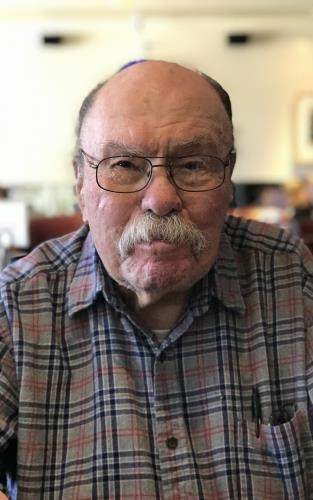 Roman Liberito Latimer, age 92, lifelong resident of Santa Fe, New Mexico, passed away on January 20, 2021 at Christus St. Vincent's Regional Medical Center, Santa Fe, New Mexico from complications related to COVID-19. Roman was born on September 20, 1928, St. Vincent's Hospital, Santa Fe, New Mexico and was preceded in death by his father Captain Charles Washington Latimer US Army (1949), his brother Charles G. Latimer (1990), mother Catherine Ramona Baca (1991), and his beloved wife Esperanza (Espie) Correa Latimer (2019), married for 57 years. He is survived by his son Michael (Nancy), six grandchildren, many extended family members, and lifelong friends.
Growing up in Santa Fe, Roman worked all over town, from delivering papers for the New Mexican to bussing tables at La Fonda. After Roman graduated from Santa Fe High School, he was drafted and served in the US Army in Germany. He spent his adult working career at the New Mexico State Highway Department beginning in the field as a Surveyor, later moving into the drafting room, and eventually retiring as a Right-of-Way Manager after 30 years of service. He was an avid learner and enjoyed taking courses at the College of Santa Fe, the University of New Mexico, the University of Oklahoma and the University of San Francisco.
Like his mother Romana, he was a common sight downtown and Roman couldn't go anywhere without running into a friend. Whether it was with his buddies at McDonald's or his many friends at Century Bank and the post office, he could strike up a conversation with anyone about anything. To quote Will Rodgers, Roman never met anyone he didn't like. He was always willing to listen and share his opinion on a variety of subjects. Roman was also a prolific Numismatist specializing in currency printed for use by Territorial Banks and he generously shared his collection with The Museum of New Mexico.
Roman met his future wife Espie at a bowling alley and he was so smitten with her that he asked her roommate to teach him sign language to win her over. Always by her side, at various events at the New Mexico School for the Deaf, Roman was active in the deaf community and frequently offered his services as an interpreter. Roman and Espie enjoyed many adventures traveling with her brother Fernando (Edna) Correa, their son Michael (Nancy), and their grandchildren. Trips included cruises around South America, through the Panama Canal, the Caribbean, Danube River in Europe and weeks spent in Key West, Las Vegas, Colorado, and Florida.
Roman and Espie will be interned together at the Santa Fe National Cemetery at a later date.
We are grateful to know the Roman and Espie are together again.

The family of Roman Latimer has entrusted the care of their beloved one to Avista Cremation & Burial "where healing begins".

To order memorial trees or send flowers to the family in memory of Roman Latimer, please visit our flower store.