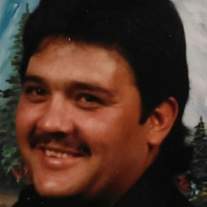 Ralph E. Sena, our beloved son and brother passed on February 16, 2017.  Ralph was born in Las Vegas, New Mexico on March 24, 1957 to Antonio and Joise Sena from Grants, New Mexico.  Ralph is survived by his wife Debra of Chamisal, New Mexico; parents of Grants, New Mexico; brothers Eliseo and Tony; sister Josephine and husband Phillup Yniquez; daughter Essi Rubio and husband Miguel; several grandchildren and one great grandchild; nephews Bernie and Edward Sena; nieces Bernadette and Stephanie; and eight grand nephews.  Ralph had many uncles and aunts from the Sena and Medina sides of the family and in-laws.  The Lucero family and Romero family from Chamisal, New Mexico and father in law Rodolfo Romero 99 years old, from Chamisal; and many friends.  A memorial mass will take place on Saturday, March 11, 2017 at 9:00 a.m. at St. Teresa of Avila Catholic Church 500 E High St. Grants, New Mexico with a reception to follow at the Knights of Columbus located at 1601 Roosevelt Ave, Grants, NM with burial to take place at a later date in Chamisal, NM.
To order memorial trees or send flowers to the family in memory of Ralph Sena, please visit our flower store.