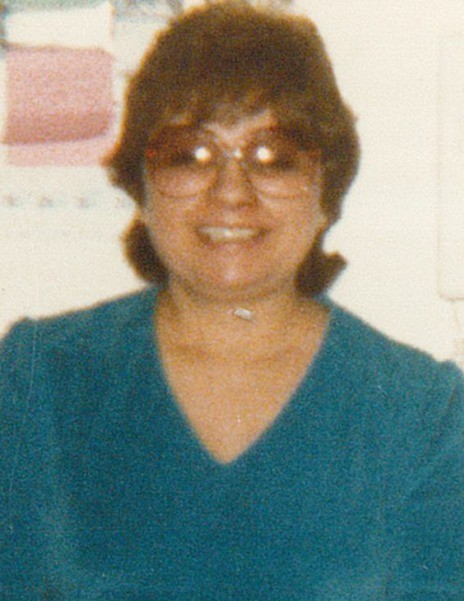 Priscilla Roibal Pacheco passed away on August 8th, 2019. Priscilla was born in Santa Fe, New Mexico to Ralph and Lucia Roibal who preceded her in death. She worked several jobs but most notably at Woolworth's on the Plaza where she was known as "Pretty Priscilla".

She also worked at Smith's Grocery store on Cerrillos Road when they had a store at what is now Big Lots. She worked the register and people would line up at her station just to talk to her as they were being checked out. She lived a life of mountains and valleys, but even in the darkest of times she held her head up and kept her smile. She lost her two daughters and her grandson in the space of two years. She battled cancer for many years and finally succumbed, but she fought the good fight. She is survived by her only son, Ed and his fiancee‚ Lucille, her grandson Jerome and his wife Monique and their children Janessa, Jayla and Jerome Jr., her only remaining brother, Felipe and his wife Carmen and her sisters-in-law Rosalie and Margaret, many nephews and nieces and many dear friends and neighbors. Gone ahead were her siblings, Isabell, Antonia, Peter, Tessie, Ralph, Grace, Antonio (Tony) and Raymond. Services will be held at St. John's Catholic Church on Osage Ave. at 11:00 a.m. on Thursday, August 22nd. Reception to follow at the Church Hall.

The Family would like to thank the many  doctors.

The Family of Priscilla Mae Pacheco has entrusted the care of their beloved one to Avista Cremation & Burial.

To order memorial trees or send flowers to the family in memory of Priscilla Pacheco, please visit our flower store.