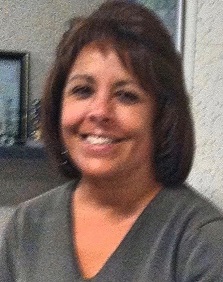 Our Beloved Pamela passed away peacefully on Tuesday, June 9, 2020 with her family by her side.  Pamela was born in Santa Fe on January 12, 1967 and was a graduate of Santa Fe High School.  She was a dedicated employee with the State of New Mexico for 29 years.  Pamela is proceeded in death by her father, Tony (T.J.) Chavez, mother Molly Chavez, and brother Jeffrey Chavez.  She is survived by her children Nicholas (Vanessa), Ashlee and their father George Martinez.  Her grandchildren Jason James, Uriah, Maliyah, and Baby Presleigh Monroe.  Her brother Ronnie (Angela), sister Patricia (David).  Her nephews Richard (Lisa), Brian Chavez, Markus and Erik Rodriguez, Bradford (Geneva), Michael Chavez and Eric Holmes.  Her nieces Jodie Herrera (Walter), Elizabeth Holmes Ulibarri (Vanessa) and Tristan Gallagher (Ryan).  Along with numerous great nieces and nephews.
She had a wonderful life cheering on her son Nicholas at his basketball games as his number one fan. Hanging out with her best friends, granddaughters Uriah and Maliyah at their softball games.  Pamela enjoyed making family dinners for every holiday and loved her dogs over the years.
Pamela’s services will be announced at a later date.  Pallbearers are Brian Chavez, Richard Chavez, Markus Rodriguez, Erik Rodriguez, Bradford Chavez, and Jodie Herrera.

The Family of Pamela Ann Chavez has entrusted the care of their beloved one to Avista Cremation and Burial Funeral Home "where healing begins".

To order memorial trees or send flowers to the family in memory of Pamela Chavez, please visit our flower store.