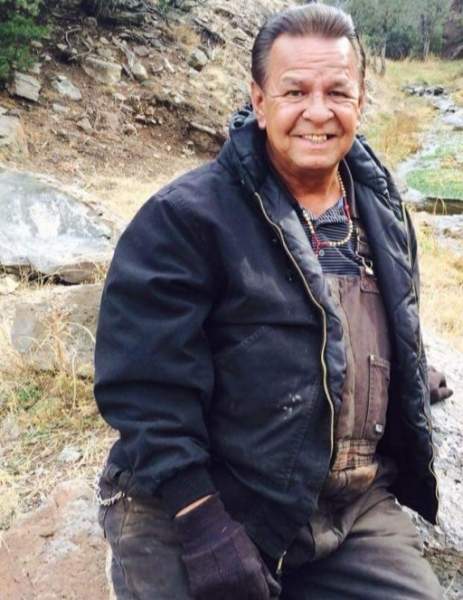 Ostalio O. Archuleta Sr., 63, a resident of Espanola N.M, born in Sacramento CA, passed away on March 23, 2018. He is preceded in death by his parents Remijio and Virginia Archuleta, Sister Christina Chavez, Sons, Ostalio Jr. and Anthony Archuleta, and Daughter Elizabeth Archuleta. He is survived by his wife Anita Hamilton, brothers Max and Victor Archuleta, Sisters Victoria and Cynthia Archuleta and Ursula Temple. Sons, Orlando Jr., Samuel and Mario Archuleta. Daughters Rosebud Camarena, Margarita Archuleta-Haymore, Maria “Virgie” and Bernadette Archuleta and Alexandria Gage and a very true friend Rubella Trujillo and many other grandchildren, nieces, nephews, cousins and friends that loved him dearly. Booboo enjoyed and accomplished many things throughout his lifetime. He loved to paint and owned his own painting business. He was very ambitious and outgoing and was a bartender at Chamisa Inn here in Espanola for years. He loved the outdoors, fishing, hunting, four wheeling, working on engines and going for wood. Ostalio was a very caring and generous man and hosted several picnics called Kids for Life at Valdez Park free for all children to enjoy. Our beloved Brother, Father, Grandpa, and Friend will truly be missed. We love you Always and Forever. As we pass through those rivers and mountains you used to explore, we know you will be with us in spirit. Rest in Peace Pops. A Celebration of life will be held on Thursday, April 5 th , 1:00 p.m. at the Joe Ferran Gym in Abiquiu. www.avistacremationandburial.com

To order memorial trees or send flowers to the family in memory of Ostalio Archuleta, please visit our flower store.