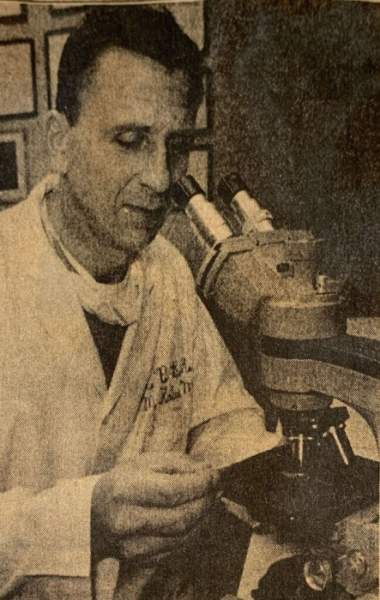 Dr. Milan Joseph Kalus of Santa Fe NM departed this world on July 15, 2019. He was 84 years old. He leaves behind his loving wife of 59 years, Dr. Jindra Kalus, his loving children Dr. Robert Kalus of Seattle, WA and Ivka Kalus-Bystricky of Lexington, MA, four adoring grandchildren Anna, Filip, Milo, and Ford, and two beloved sisters Alena and Jarmila in the Czech Republic.
Dr. Kalus immigrated from Czechoslovakia to the US in 1968. He embodied the American dream, arriving in Houston with just $13 in his pocket, but with great ambitions for himself and his family. He became an assistant professor of pathology at the Baylor College of Medicine and pathologist at Houston’s Methodist Hospital. In 1974, he moved with his family to Amarillo, where he became Chief Pathologist at High Plains Baptist Hospital.
Dr. Kalus took great pride in his work, and was a man of unwavering integrity and honesty. He loved to laugh, and loved watching the Simpsons and old Bugs Bunny cartoons with his grandchildren. He had great appreciation for classical music, particularly Dvorak and Smetana. He was also a competitive tennis player and daily runner well into his 9th decade. He loved the mountains and spent his retirement in Santa Fe, hiking and mushroom hunting in the summers and skiing in the winters.
He loved his family, he loved his adopted country, and he loved Santa Fe. He especially loved being a Texan from his ten gallon hat to his cowboy boots.
Happy trails, Milan.

To order memorial trees or send flowers to the family in memory of Milan Kalus, please visit our flower store.