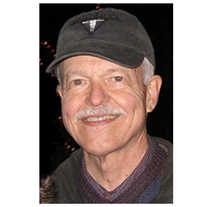 John Blanding Stewart, 70, passed away peacefully at his home on March 18, 2017 after a brave year-long battle with pancreatic cancer. He will be deeply missed by family and friends.
John was born December 20, 1946 in Lake City, South Carolina. He was the loving husband of Christine Bohmer Stewart and proud father of Anna Randolph (Justin) of Dayton, Ohio and Sarah Stewart. He is also survived by brothers Mayson (Carolyn) of Charleston, South Carolina, George of Summerville, South Carolina, and Bob of Charlotte, North Carolina, niece Nikki Stewart, nephew Robert Stewart, and many cousins. He was preceded in death by his parents, John B Stewart and Carolyn Mayson Stewart.
John received his B.A. in history from Wofford College in 1968. Rather than be drafted from law school, he joined the Army and served in Alaska. Upon discharge, he spent 1971 teaching English as a second language in Milan, Italy and Jerusalem, Israel, relatively brief but life-changing experiences. Returning to the U.S., John spent several years as a personnel management specialist for the District of Columbia. Appreciating the counseling aspects of this work led him to pursue a doctoral degree in psychology. John completed his doctoral degree from the University of Virginia in 1982.
Knowing he wanted to work with the severely mentally ill, John accepted a psychologist position at the state hospital in Dayton, Ohio and spent his entire career there until the hospital’s closure in 2008. During that time he also taught classes at the University of Dayton, was adjunct faculty at Wright State University School of Professional Psychology, had a small private practice, and served as president of the Dayton Area Psychological Association.
Lifelong interests included avidly following news and current events, movies, and reading, especially on topics of spirituality, biographies, Cormac McCarthy, and Tony Hillerman.
In July, 2013, John fulfilled his long term dream of moving to Santa Fe, New Mexico with his wife and daughter Sarah. He cherished the diversity, tolerance, and stark stunning beauty of his new home. He enjoyed hiking with his friend Lin Bartucca, yoga classes at Santa Fe Community College, activities with his church, the United Church of Santa Fe, and brief road trips with family, most memorable being Chaco Canyon shortly before his diagnosis. Able to appreciate all the silver linings of his last year, and life in  general, John’s attitude was best summed up in Jono Manson’s  line, “I am grateful for these days.”
A celebration of life will be planned for late spring at the United Church of Santa Fe. In lieu of flowers, John asked that donations be sent to St. Elizabeth’s Shelters, 804 Alarid St., Santa Fe, New Mexico, 87505, a network of shelters where John volunteered with his church and whose mission is close to his heart.

To order memorial trees or send flowers to the family in memory of John Stewart, please visit our flower store.