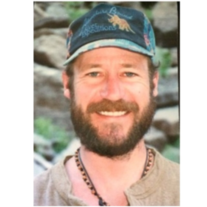 Joel Koiter passed away on February 6, 2017 in Santa Fe, New Mexico at his Father’s home. He was born on March 6, 1960 in Glens Falls, NY to John & Mary Koiter as the youngest of four children. Shortly after his birth, the family relocated out west, eventually ending up in Grand Junction, Colorado, where he lived until age twenty. He established a reputation for athletic abilities at skiing and skateboarding, and for his ability to liven any gathering. He loved being a “river rat”, and had a lifelong passion for white water and was a skilled and talented boatman, participating in countless river trips. His was excited by the Denver Broncos, the mountains, and the Colorado River. Fiercely loyal to the Denver Broncos, his joy was truly contagious as he watched them win last year’s super bowl.  In 2002, Joel moved to the Santa Fe area, and quickly found a house on the Pojoaque Indian Reservation. He loved being close to nature, hiking with his dog Koffee and soaking up the energy from the ever-changing landscape. Joel was a carpenter by trade, but his work was so much more than that. He brought precision and personalization to every project, and the most important criteria were the quality of his work and the satisfaction of his customer. He discovered an innate ability in photography which he honed throughout his life, producing stunning works of art photography, nature photos, and visual arts. He chronicled our lives through his peaceful landscapes, creative perspectives and personal portraits.
Perhaps more than anything, Joel was known for the service he gave back, by volunteering, by
counseling others, and by leading through his own example. He touched the lives of so many and his memory will continue to inspire us in countless ways.
Joel is survived by his father and step-mother, John Jr. and Karen Koiter, his brothers, John III and Jeffrey Koiter, his sister, Judy Koiter Winkler, three step-sisters, Cindy Benedict, Teri Cavanagh, and Kari Cobb, his niece, Jennifer Koiter, his nephew, Jason Koiter and his wife Amanda, his great-niece, Everly Wynn Koiter, his great-nephews, Miles Alexander and Lennon Wyatt Koiter. A celebration of his life will be held at a later date. In lieu of flowers, please make a donation to The Cancer Foundation for New Mexico or Presbyterian Hospice who served Joel so well.

To order memorial trees or send flowers to the family in memory of Joel Koiter, please visit our flower store.