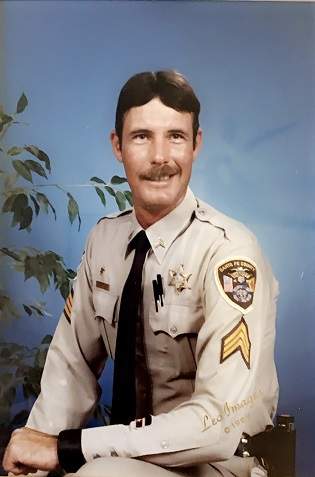 Jeff had a lifelong career in Law Enforcement, Jeff began his career as a U.S Force Ranger, served as an engineer for the U.S Navy as a Guns man expert, Santa Fe County S.W.A.T, he spent most of his career serving the Santa Fe County Sheriff’s Department and eventually made his way up the ranks to Lieutenant and those who were his colleague knew him as ‘LT’, these men became not only his cohort, but his extended family he considers these men lifelong friends.

Jeff was a loving husband, Father, Grandpa, Brother, Uncle and most of all BEST-Friend. Jeff’s passion was not the kill but the thrill of the chase. He lived his life to the fullest and was nothing less than OUR hero.
Viewing will be held Friday January 3, 2020 from 1 PM -5 PM.
Burial will be held at the National Cemetery on Tuesday January 7, 2020, all that wish to participate in the escort to the National Cemetery should meet at Jeff’s residence promptly at 10:15.

To order memorial trees or send flowers to the family in memory of Jeffrey Little, please visit our flower store.