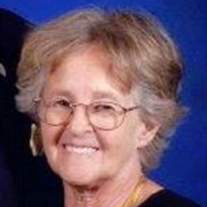 Janene Royce Souter, known as “Jan” to everyone she knew, died peacefully on July 16, 2017, with her daughter, Joylyn, at her side.

Jan was born May 19, 1942 in Ada, OK to Pat W. Hardy and Nina (Crossett) Hardy of Caddo, OK. and was an original Choctaw enrollee.. Jan spent her early years in San Diego, CA, as well as Durant, Caddo, and Laverne, OK. She graduated with honors from Wilson High School in Long Beach, CA. She attended California State University Fullerton, where she graduated with a degree in English. Jan was a twirler for two years with the Ramettes Precision Drill team that performed at LA Rams football games.  She went on to receive her Master’s Degree in Education from University of New Mexico.

Jan was a very devoted wife for 55 years to her husband, Alexander “Jim” Souter who died last year. She was also a very loving mother to her own children as well as a dedicated foster parent for numerous children, many with special needs. Jan will be missed by her mother, Nina Faye Hardy Bunyea Roach, her brothers: Pat C. Hardy (wife Jean) and Guy M. Hardy (wife Pascale); half sister Patti Hardy; her three children: Julie, Joylyn, and Tenbears, five grandchildren (Alan, James, Janene, Alexx, and Anthony), several cousins, as well as her two affectionate collies, Nado and Bri.

Jan taught on the Acoma Reservation until obtaining a teaching position with the Albuquerque Public Schools where she was greatly respected and admired by all her students, their parents, and colleagues. Jan and Jim also positively affected many lives when they ran their own school and tutoring services specializing in students with behavioral and learning disabilities. Jan spent her final career years as a psychometrist with the University of New Mexico.

Jan enjoyed going on many ocean cruises with Jim and was an avid seamstress and gardener. After retiring from teaching, Jan and Jim moved from Albuquerque to Jemez Springs, NM, where they lived the rest of their lives.

Donations in Jan’s memory to the Southwest Collie Rescue Fund are encouraged. The family appreciates the care provided to her by a number of staff members at the Casa Real Health Care Center in Santa Fe as well as the conscientious attention of caregivers from Ambercare Hospice in Santa Fe.

A Celebration of the Lives of Jan and Jim will take place on August 19, 2017 at the park in front of the library in Jemez Springs, NM at 1:00PM

To order memorial trees or send flowers to the family in memory of Janene Souter, please visit our flower store.