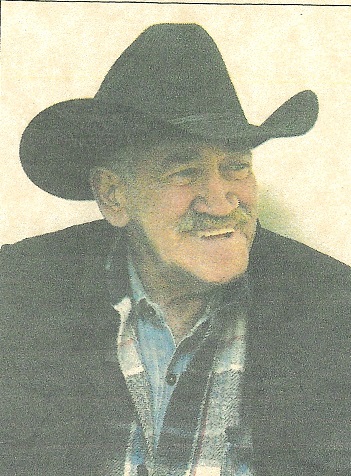 Dad was a faithful and devout Catholic. He prayed the rosary throughout the day for each of his children, grandchildren, friends and caregivers, each by name. He would ask God to take care of us and to protect his grandchildren and great grandchildren because they are great athletes. He did not want any of us to have his illness, so he would pray that his family remained healthy. Dad even prayed the rosary while watching football and other sporting events, with added fervor for his favorite teams. (Go Cowboys/Broncos—or just Cowboys if they were playing against the Broncos.) During his late stage of Dementia when Dad was having a bad day or being ornery, even outright mean, he would make the Sign of the Cross after an inappropriate comment or action — asking God to forgive him for those actions.

His busiest and favorite time of the year was August and September when he provided horses for the fiestas, especially in Espanola and Santa Fe. He loved being in the Santa Fe Fiesta because he loved our Blessed Mother and wanted to honor her. Still, that did not stop him from being his feisty self. As Deacon Andy Lopez, former “DeVargas” for the Santa Fe Fiesta remembers, George Le Bow would not hesitate to give his “five rules” to the caballeros who rode his horses in the fiesta parade.  With authority, he would say, “Uno. . ., Dos. . ., Tres. . ., Cuatro. . ., Cinco—##pinche## you’re out of here!”  Dad always led the caballeros as the Master of Ceremony, riding his best horse, while the caballeros rode on his oldest horses so they wouldn’t get hurt or bucked off. If one of the caballeros did not follow the rules, he would be pulled off his horse. No exceptions.

Before all else, Dad was a real cowboy, not one for show. He wore his cowboy hat with pride and knew its purpose. He seemed most at peace riding his favorite horse, Jug. He loved being around horses and had the spirit of one. He was a rodeo producer and taught his sons how to ride broncos, bulls, and rope cattle. Being so involved in ranch life, he helped develop the Santa Fe County Fair Grounds where his daughter, Mikki, and son, George, would show off their prize sheep, pigs and horses.  He loved raising livestock and branding cattle. His daughter-in-law, Von, tells friends that her most favorite life adventure was the time when she helped George Le Bow brand cattle. “There was no doubt about who was the boss. You could hear Dad scream commands on how to herd the cattle from a mile away. I enjoyed every minute of it. Yelling and all.”

Dad loved the film industry and worked on many films throughout his life. He was a Teamster and Screen Actors Guild (SAG) member. He taught actor Danny Glover how to ride a horse for the film, Silverado. He worked with the famous John Wayne on The Cowboys. He was Kris Kristofferson’s driving double in Convoy and was the stunt person in the film, Billy Jack. He worked with Sam Elliott and laughed on many occasions with Danny DeVito during the filming of Twins. Dad worked on so many films -- too numerous to mention here.

Our dad loved his extended family and friends from near and far.  We know he called you before the rooster would crow in the morning and probably called you after you went to bed.  He would greet you by yelling out your nickname.  He loved your visits, your conversations about the “good ole days,” your help, and your bologna sandwiches.  We know dad left a smile on your face and hope you will remember that he was a “true character”  when he shared his many stories with you and his fun expressions…“where’s the sand box?”

Our Dad was also a very friendly man. He loved to eat or have a “hot” (piping hot!) cup of coffee at Village Inn, Wecks, Denny’s, Red Enchilada, PC’s, McDonalds and many other restaurants in town.  He was a jokester and would kid around with the cooks, servers, waitresses, receptionists and guests who walked in the door.  We thank each one of you for always making dad feel comfortable in your place of business.

We are grateful for the love and care Dad received at MorningStar Assisted Living and Memory Care (Reflections) of Santa Fe. The caregivers were so kind and thoughtful. Our entire family thanks you for your goodness. We greatly appreciate how tender and loving you were towards Dad, especially during his worst days.

At this time, because of COVID-19, we are unable to host a gathering of food and drink to celebrate Dad’s life after the funeral mass. However, once our community can join us in person post-COVID, we will hold a wonderful celebration to remember Dad. We look forward to that time when family and friends can share stories about his life and partake in enjoying his favorite food —beans, chili and enchiladas.

The Family of George Le Bow has entrusted the care of their beloved one to Avista Cremation & Burial Funeral Home "where healing begins.

To order memorial trees or send flowers to the family in memory of George Le Bow, please visit our flower store.