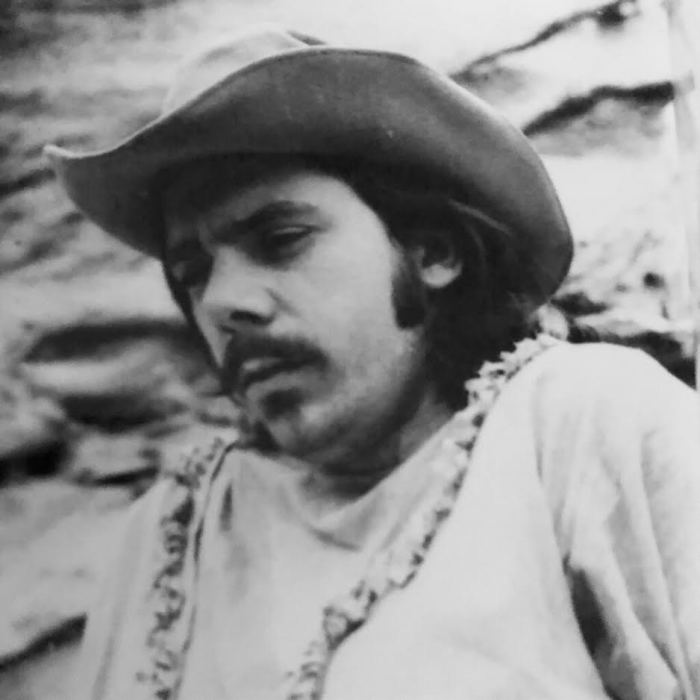 GEORGE EMERY BOURQUE "BULLFROG", 70, of Cerrillos New Mexico, passed away peacefully with family by his side, Friday, December 7th, in Santa Fe, as a result of esophageal cancer. Formerly of Fitchburg, MA, he attended the University of Dayton in Ohio before residing in Alaska and California, settling in New Mexico in the late 60’s. George “Bullfrog” Bourque made a career of music, as founder and front man of the Last Mile Ramblers country swing band in the early 70’s, as well as playing in various local country and bluegrass bands. The LMR performed throughout the Southwest and was the opening act for many big name stars when they came through the area. The LMR played often at the Golden Inn, the Line Camp, Bourbon and Blues, and Madrid’s Mine Shaft Tavern and locally produced two albums. George later worked at West Coast Sound in Santa Fe and operated Turquoise Trail Satellite. He was predeceased by his wife Christine Seubert, and parents, Emery and Louise Bourque of Fitchburg. He leaves a sister, Joann Nadeau of Mashpee, MA, and three brothers, Donald Bourque of Hudson, NY, Paul and Gail Bourque of Hubbardston, MA, and Bob and Lise Bourque of Marstons Mills, MA as well as several nieces and nephews. George and Chris were known and loved by many in the Cerrillos, Santa Fe, and Albuquerque areas. A celebration of George’s life will take place in the spring.  Please check back here for more information on the celebration of George's life.

In lieu of flowers, please donate to:

To order memorial trees or send flowers to the family in memory of George Bourque, please visit our flower store.