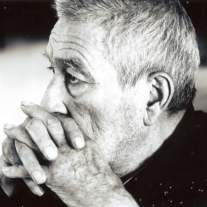 Eusebio Roman Sanchez, 78, a resident of Santa Fe, passed away on Wednesday, August 22 2017. Eusebio is preceded in death by his father, Amadeo Sanchez and mother, Felice Anaya; sister Ernestine Sanchez; brothers, Atelano Sanchez, Amadeo Sanchez, Rafael Sanchez, Herminio Sanchez and Marcos Sanchez. Eusebio was a veteran, he served in the army.  Mr. Sanchez is survived by his children, Eli Sanchez, Onan Sanchez (Carrie), Orfa Sanchez, Tamara Sanchez and Seth Sanchez (Lanell); by his sister, Christina Duran (Leonard). He is also survived by 16 Grandchildren, 16 Great Grandchildren and many loving nieces, nephews, other relatives and friends. Memorial mass will be celebrated on Friday, September 1, 2017 at 11:00 a.m. at the El Buen Pastor church, 607 Calle Rivera, Espanola, NM, with the burial to follow at the Santa Fe National Cemetery at 1:15 p.m. Meal to be provided after burial at the United Methodist Church hall located on 405 S. McCurdy RD, Espanola, NM. The family of Eusebio Ramon Sanchez have entrusted the care of their loved one to the Avista Funeral Home & Crematory.
To order memorial trees or send flowers to the family in memory of Eusebio Sanchez, please visit our flower store.