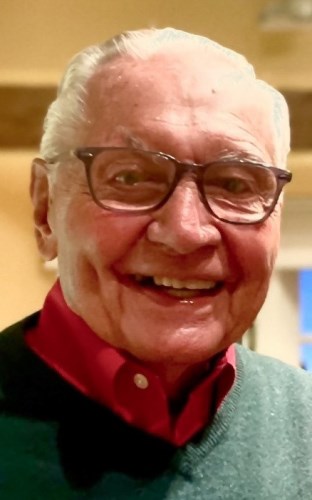 Eugene Roland Barcone, 92, known to most as simply "Gino", died January 16th in Santa Fe after a brief illness. Barcone was born in New York City on April 18, 1929, to parents Enrico and Amelia Barcone, who had emigrated from Italy. Gino studied music at Queens College in New York and graduated with a BA. He enlisted in the U.S. Army 35th Infantry and stationed in Germany where he conducted and toured Europe with the well-known U.S. Army War Chorus. Upon his discharge, he returned to New York to begin a career in theatre, working backstage in both opera and Broadway. It was there he met his life partner of 50 years, Edward Hastings, a stage manager and director. In 1965 they joined the director William Ball in helping create the American Conservatory Theater (A.C.T), eventually locating in San Francisco, where they lived and worked for 30 years. Barcone became an Associate Director, remounting many of Bill Ball's famed productions over many years. Eventually Hastings was named Artistic Director of ACT, stepping down in 1992. Having fallen in love with Santa Fe in the early nineties, the couple moved to New Mexico and continued a hobby and passion they had developed in California for remodeling houses they lived in and selling them, doing the same to several throughout the City Different. They were famous for entering friends and colleagues, who were fortunate to enjoy Gino's always memorable cooking. In their three decades in Santa Fe both men participated in and supported various performing arts organizations. Especially important to them was the Santa Fe Opera, where Gino was often seen among friends enjoying a pre-performance tailgate supper. Following Hasting's death in 2011, Gino often spent winters in Palm Springs with many friends from both California and Santa Fe.
Besides Hastings, Barcone was preceded in death by his parents and brother and nephew, Benito, Peter and Tim Barcone.
He is survived by his sister, Elaine Van de Bogart and nieces Irene Lawkins and Petrina Warcup, and a host of devoted friends far and wide. Following his death, a small private service was held in Santa Fe celebrating Gino and his rich full life, ending with a celebratory toast of Dewars scotch, his libation of choice.

To order memorial trees or send flowers to the family in memory of Eugene Barcone, please visit our flower store.