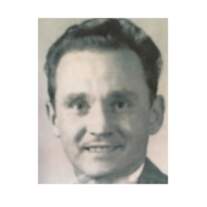 Our precious father Ernest Kenner passed away on Dec. 21, 2016. He was preceded in death by his wife Beatrice. He is survived by his three children, a daughter in law, a son in law, 4 grand children, one great grand child and three of his five sisters and their families.
Born in Switzerland in 1928. He immigrated to the United States in 1957 and shortly thereafter married Beatrice. He was an employee of LANL for 35 years. He had a passion for the outdoors. Whether is was hiking, skiing or gardening he always found an excuse to be outside. He served for many years on the Ski Patrol at the Santa Fe Ski Basin. He also enjoyed stained glass and coin collecting.
He affected so many people with his kind and gentle personality. A very kind man with a unique sense of humor will be sorely missed. A Remembrance Ceremony will be held at a later date.

To order memorial trees or send flowers to the family in memory of Ernest Kenner, please visit our flower store.