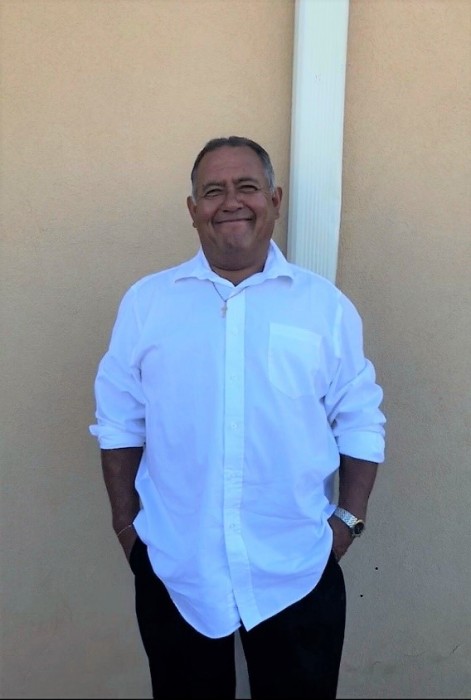 Eric Joseph Valencia, age 60 of Rio Rancho, NM went to join his “Abba” (Heavenly Father) on July 4, 2018. When Eric was called to his eternal home in heaven he was greeted by his Father Amado “Tito” Valencia, Grandmother Fidela Trujillo, Grandfather Marcelino Trujillo, Brothers Ron and Jude, his Nephew Stephen, and many other family members.

Eric’s passing is a great loss to all who loved and adored him. Eric was born on February 12, 1958 in Farmington, NM to Lucresia “Lou” Valencia and Amado “Tito” Valencia. Eric will always be remembered for his loving and giving heart. His smile and jokes would brighten everyone’s day. Eric was a father figure to many. Eric lived for his family who he loved, adored, and cherished.

Eric’s family would like to extend their gratitude to everyone during this difficult time.

The Family of Eric Joseph Valencia has entrusted the care of their beloved one to Avista Cremation & Burial.

To order memorial trees or send flowers to the family in memory of Eric Valencia, please visit our flower store.