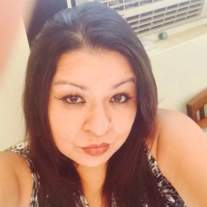 Elizabeth Nicole Archuleta, 31, A resident of Abiquiu, born in Sacramento, California passed away peacefully in the arms and prayers of her loving family on June 25th, 2017. She was born October 31, 1985 to Rosita and Ostalio Archuleta Sr. She was preceded in death by her maternal great-grandparents Bernardo and Ida Archuleta, paternal grandparents Remijio and Virginia Archuleta, brother Ostalio Archuleta Jr. and aunt Christina Chavez.  Liz was a very beautiful and loving person. She had the most beautiful smile. Her family meant the world to her and she made sure they were all well taken care of before herself.  She enjoyed hunting, fishing, dancing, swimming and taking care of animals. She is survived by her Mother Rosita Archuleta, and Father Ostalio Archuleta Sr., Maternal Grandparents Juan and Virginia Lopez, stepson Larry Valdez Jr, brothers: Mario Archuleta (Christina Sanchez), Anthony Archuleta, Orlando Archuleta Jr. and Samuel Archuleta, sisters: Rosebud Carmona, Virgie Archuleta (Leroy Ortega), Margarita Archuleta-Haymore (Jeremy Haymore), Bernadette Archuleta (Q Montowine) and Alexandria Gage.  Close nephew and nieces Mariah, Mario Jr., Marcus, Angelo, Aunika, Ara Archuleta, Santiago Montowine and many more nephews, nieces, uncles, aunts, cousins and friends who she loved dearly.  You will be missed but never forgotten, until we meet again. A rosary will be recited on Friday, July 7, 2017 at 7:00 p.m. at St. Thomas Catholic Church in Abiquiu.  A memorial mass will be celebrated on Saturday, July 8, 2017 at 10:00 a.m. also at St. Thomas Catholic Church in Abiquiu.   The family would like to thank you all for your calls, prayers and support.  God Bless you.
To order memorial trees or send flowers to the family in memory of Elizabeth Archuleta, please visit our flower store.