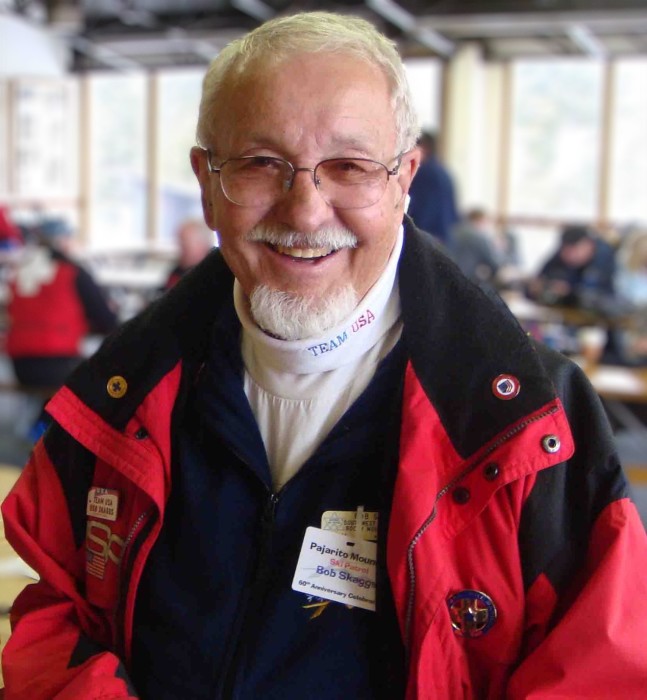 On 20 February 2020, Dr. Samuel Robert Skaggs completed his 83.66 trips around the sun and passed away. He was born in Philipsburg, PA on June 23, 1936 to Samuel Ralph and Martha Amelia Montes Skaggs. He was preceded in death by his parents and brother, Richard Skaggs. Bob is survived by his loving wife of 62 years, Barbara Jan Hurley Skaggs of Nambe, NM; and his sister, Mary Jean Fields of Dallas, TX. He is also survived by five children; Rusty (Rebecca) Skaggs of Bolivar, MO; Cheryl (Steve) Buckel of Bremerton, WA; Mike (Stephanie) Skaggs of Albuquerque, NM; Terry (Glen) Lockwood of Phoenix, AZ; Kathy (Larry) Brooks of Los Alamos, NM; and adopted son, Mark (Wilma) Stevens of Las Cruces, NM, as well as 17 grandchildren and 9 great-grandchildren (one deceased). He was a military veteran, U.S. Army Reserve, Captain. Bob enjoyed a very accomplished career and retired from Los Alamos National Laboratory after 33 years. Throughout his life, he was generous with his time and talents always teaching or mentoring others. Twenty-four years ago, Bob received a lifesaving donation of a kidney. He was a transplant athlete and represented Team New Mexico and U.S. Transplant teams at various national and international games around the world winning 70 medals. Bob was proud of his family legacy. He shared his last precious days with his true love, Barbara and all of his children. Memorial donations in Bob's name can be made to Donate Life America (and/or become an organ donor at donatelife.net) or to the LANL Foundation (lanlfoundation.org) to support education in northern New Mexico

To order memorial trees or send flowers to the family in memory of Dr. Samuel Skaggs, please visit our flower store.