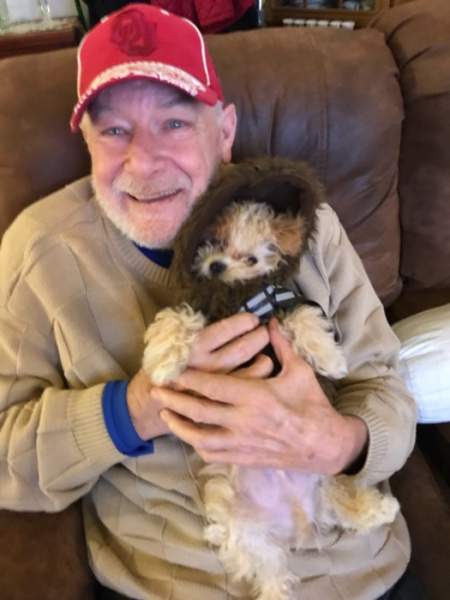 On Friday, December 14, 2018, this world lost a wonderful husband, son-in-law, father, father-in-law, step-father, grandfather, brother, uncle, cousin, friend - and "HUGE" University of Oklahoma Sooner football fan - BOOMER! SOONER!.  David Wayne Moody was all of these things and so much more.
He leaves behind his wife, Pam, and his children Ashley Moody, Aimee May and Adam Moody and his step-daughter Kim Hicks and their spouses and his six grandchildren:  Khonner Moody, Khymber Moody, Ryken May, Major May, Carter Hicks and Cooper Moody as well as his sisters Debbie Hooser and Rhonda Cain and his step-sisters Linda Warden and Karen Grace and many, many, many friends and extended family members - he was so very loved.

David so wanted to remain on this earth longer so he could witness all of the milestones that will come for his precious grandchildren and children but the toll of diabetes, kidney disease and heart failure just didn't let that happen.  He enjoyed life to the fullest before he got sick and as he would say "I've had a great ride".
A Celebration of David's life will be held in January 2019 (sometime around his 61st birthday - January 23) back in Oklahoma so he can be laid to rest in the cemetery where most of his family is just like he wanted.

To order memorial trees or send flowers to the family in memory of David Moody, please visit our flower store.