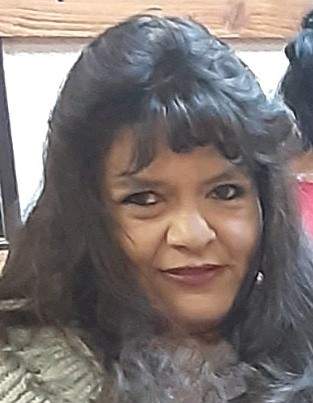 It is with a most profound sense of loss that I must announce the death of my daughter, Celia Teresa Solis Morales. She passed during the morning hours of Wednesday, March 25, 2020 at 46 years of age. She was born on October 18, 1973 at the old St. Vincent's Hospital in Santa Fe to Daniel and Rita Solis. She was the second born and the first daughter. Her brothers and sisters are Ray, Daniel Jr. and Lydia. We brought home the most beautiful little girl. She had the biggest eyes and lots of hair. All our friends came over and made a big fuss over the beautiful baby. She always was a unique individual, as we all are. She was a good student. As a young girl, she was the first girl to ever serve a mass at the San Miguel Chapel, with her brother Ray, for Father Joseph Lavoie. Later when she was not yet a teenager, she and Ray, became the only children to ever serve a Mass at the Penitentiary of New Mexico, the Old Main. Father Lavoie, now Chaplain, had to work hard to secure authorization for them to enter the Penitentiary. She grew up a gorgeous woman. She married Jude Benavidez and later divorced.  Still later she married Matthew Morales. She left the family a wonderful treasure. She left her children Michael, Jude, Angelita and Daniel. They are adult children except for Daniel who is 10 years old. In addition, Michael has two children, Joslyn and Izaac. Jude also has two children, Maclovio and Jayden. Her paternal grandparents Celia and Felipe were deceased so she never met them. But she was a loving grand daughter to her maternal grand parents,  Jose and Dominguita Chavez. Due to the medical emergency, funeral services are pending. It is not possible to have a normal Catholic service. By order of the Archbishop and state mandates, during this emergency, no funeral mass is possible. So, pending resolution of this medical emergency, we intend to have memorial service to include a rosary and mass. We humbly ask you keep Celia, her family, and all of us in your prayers.Thank you all for the many kind words of consolation thus expressed.

This has been a big help in getting through this.

The Family of Celia Teresa Morales has entrusted the care of their beloved one to Avista Cremation & Burial Funeral Home.

To order memorial trees or send flowers to the family in memory of Celia Morales, please visit our flower store.