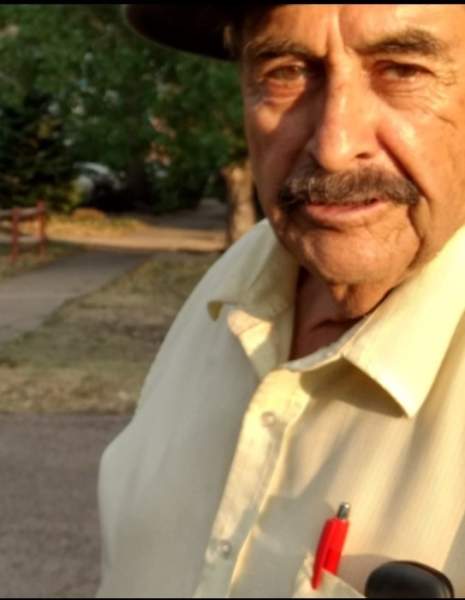 
Augustin Belarmino Trujillo, age 76, passed away on April 3, 2020 after a short illness. He was born on May 29, 1943, in La Villita, NM. He in grew up in Santa Fe, NM. He is proceeded in death by his sister Florence Trujillo-Chavez and parents Horacio Trujillo and Lugarda Marquez-Trujillo all of Santa Fe. He is survived by his children and son-in-laws: Jeannie Trujillo-Rubin, (Tony); Carol Trujillo-Roybal, (Bernie); Sandra Trujillo-Ortiz (Tommy) and Christopher J. Trujillo. His grandchildren are: Tony E. Trujillo-Rubin, Brian P. Trujillo-Rubin, Elisha J. Roybal, Amanda Ortiz, Jessica Ortiz, Cyrus A. Trujillo, Aaliyah D. Trujillo, Melanie M. Trujillo, Amber N. Trujillo and his great grandchild is Lauren Tercero. He is also survived by his three brothers and three sisters all of Santa Fe, NM. (Harold, Junior, Raymond, Laura, Diane and Martha Mae.) Throughout his life, he maintained close family ties with his cousin Vicki Baca-Jones of Las Vegas, Nevada. He was a very loving, forgiving and generous father and grandfather. He was actively involved in his Congregation. He deeply believed in and had faith in his creator Jehovah and son Jesus Christ. Cremation has taken place. Funeral services are pending. He will be missed greatly by all who loved and cherished him. We love you forever Dad!

The Family of Augustin Trujillo has entrusted the care of their beloved one to Avista Cremation & Burial Funeral Home.

To order memorial trees or send flowers to the family in memory of Augustin Trujillo, please visit our flower store.