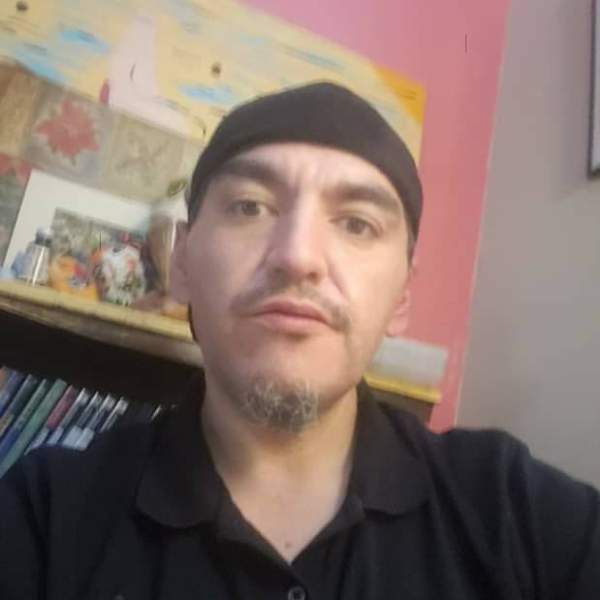 Antonio Lewis Benavidez, 39, of Santa Fe, was called home to be with the Lord, on September 19, 2019; following several months of chronic health problems.

He studied visual arts at SFCC and during that time spent nearly a decade working sessions at the New Mexico State Legislature. More recently, was employed at the New Mexico Department of Transportation before his disability and other health issues hindered his ability.

Coming from a family of talented musicians, he was an avid guitar player and a lifelong lover of music. As an artist, he enjoyed creating works from found objects and traditional materials.

He was strongly connected to his family, friends and the universe. He was deeply spiritual and intuitively displayed knowledge beyond what most could comprehend.

He was an empathetic and sensitive person and despite his pain and neurological difficulties, was a loving son, brother, uncle and friend to all. Always giving, always loving. He always had something to give his nephew and he always asked for bendiciones from mom.

He is preceded in death by his father, Jerry C. Benavidez, Sr. He is survived by his mother, Josephine B. Baca, his sister Christal J. Branch (Rodrigo), his brother Jerry C. Benavidez, Jr. (Sarah), his nieces and nephews, Kyran Benavidez, Alanna Larlee, Jailey Benavidez and Christopher Branch. Also, many beloved family and friends.

The Family of Antonio Lewis Benavidez has entrusted the care of their beloved one to Avista Cremation & Burial.

To order memorial trees or send flowers to the family in memory of Antonio Benavidez, please visit our flower store.