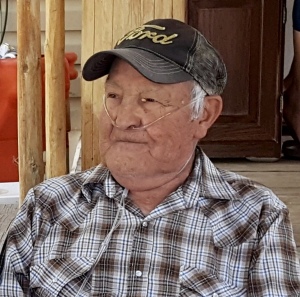 Alvaro Martinez, age 80, a resident of Cañones, lost his battle with his illness on December 19, 2017. He was preceded in death by his parents, Deloy and Urbanita Martinez; his sisters, Manuelita Cordova and Iren Gomez; brothers, Antonio Maria Martinez, Juan Martinez and Jose Martinez. He is survived by his wife, Adela Martinez; children, Yvonne Serrano (Aquilino), Roy Martinez (Toni), Vivian Martinez, Luane Miller (Steven), James Martinez (Robin); brother, Eloy Martinez and sister, Dolores Lujan. He is also survived by 9 grandchildren and 3 great-grandchildren. Recitation of the Holy Rosary will be on Tuesday, December 26, 2017 at 7:00p.m. at St. Michael's Catholic Church in Cañones. Memorial Mass will be celebrated on Wednesday, December 27, 2017 at 10:00a.m. also at St. Michael's Catholic Church in Cañones. The Family of Alvaro Martinez has entrusted the care of their beloved one to Avista Cremation & Burial of Santa Fe. 1-505-438-2959

To order memorial trees or send flowers to the family in memory of Alvaro Martinez, please visit our flower store.