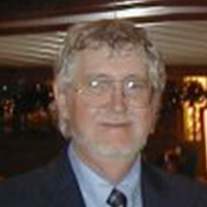 Alexander James Souter, known as “Jim” to everyone he knew, passed away after a short illness on September 16, 2016, one month before his 76th birthday.  He was born in Durango, Colorado and raised in Wyoming and then Long Beach, CA, where he graduated from high school and attend California State University, Long Beach.  He is an alumni of UNM, earning his Masters as well as taking many, many post graduate classes.  He is preceded in death by his father, Alexander Souter, and his mother, Artrude Paul Souter.

Jim was a very devoted husband, being a caretaker for the love of his life, Janene (Jan), during the latter years of his life. They were married just shy of 55 years. He will be missed by Jan and their three children: Julie, Joylyn, and Juan, five grandchildren who called him Pape (Anthony, Alan, James, Alexx, and Janene), as well as his two Collies.

He leaves behind a legacy of love for learning both as an educator and as a human being. He especially loved working with children and teaching. He was a teacher and counselor with Albuquerque Public Schools for nearly forty years, where he was greatly respected and admired by students, parents, and colleagues. Jim and Jan positively affected many lives both in the public sector as well as in the private sector, operating La Escuela Nueva, a private school and tutoring service.  Jim could rarely go out of the house without running into someone--a former student or a parent, all of whom told stories about his kindness, his positive influence, his strength of character. Jim was a compassionate, loving man who respected all living beings. Jim, along with his wife, were foster parents to nearly 100 foster children, and never hesitated to support those who needed him.  As a counselor he personally delivered food boxes and other necessities both during holidays as well as at odd times of the year to those in need.

Jim enjoyed sports and especially liked playing golf. He followed most sports but particularly liked the Broncos. He also had become an excellent chef in the past 25 years; experimenting with making his own sauces, as well as changing recipes to suit the tastes of his guests.  Jim was an encyclopedia of knowledge, especially in regards to history and geography.  You could always get him talking if you just asked him a question about history.

He enjoyed living in the beautiful Jemez Mountains, and had a wealth of information about the history of that region of New Mexico, particularly about the Ancient Puebloans.  He loved taking photos of nature, and his grandkids.  Jim and Jan Souter went on a number of cruises, traveling the world, sunsets and sunrises, and the cuisine of the world.  Each grandchild went on a cruise with their grandparents, a special, unique time with Nana and Pape they all will remember.  Jim also painted, made yearly personalized calendars and sent each family member a personalized card for each birthday.  He loved working with his hands, and making things, and was a big part of building his home in the mountains.  Jim Souter will be greatly missed.  Instead of flowers, please donate to Southwest Collie Rescue or help further a child’s (or adult’s) education.

To order memorial trees or send flowers to the family in memory of Alexander Souter, please visit our flower store.